What is your Community's Mark? 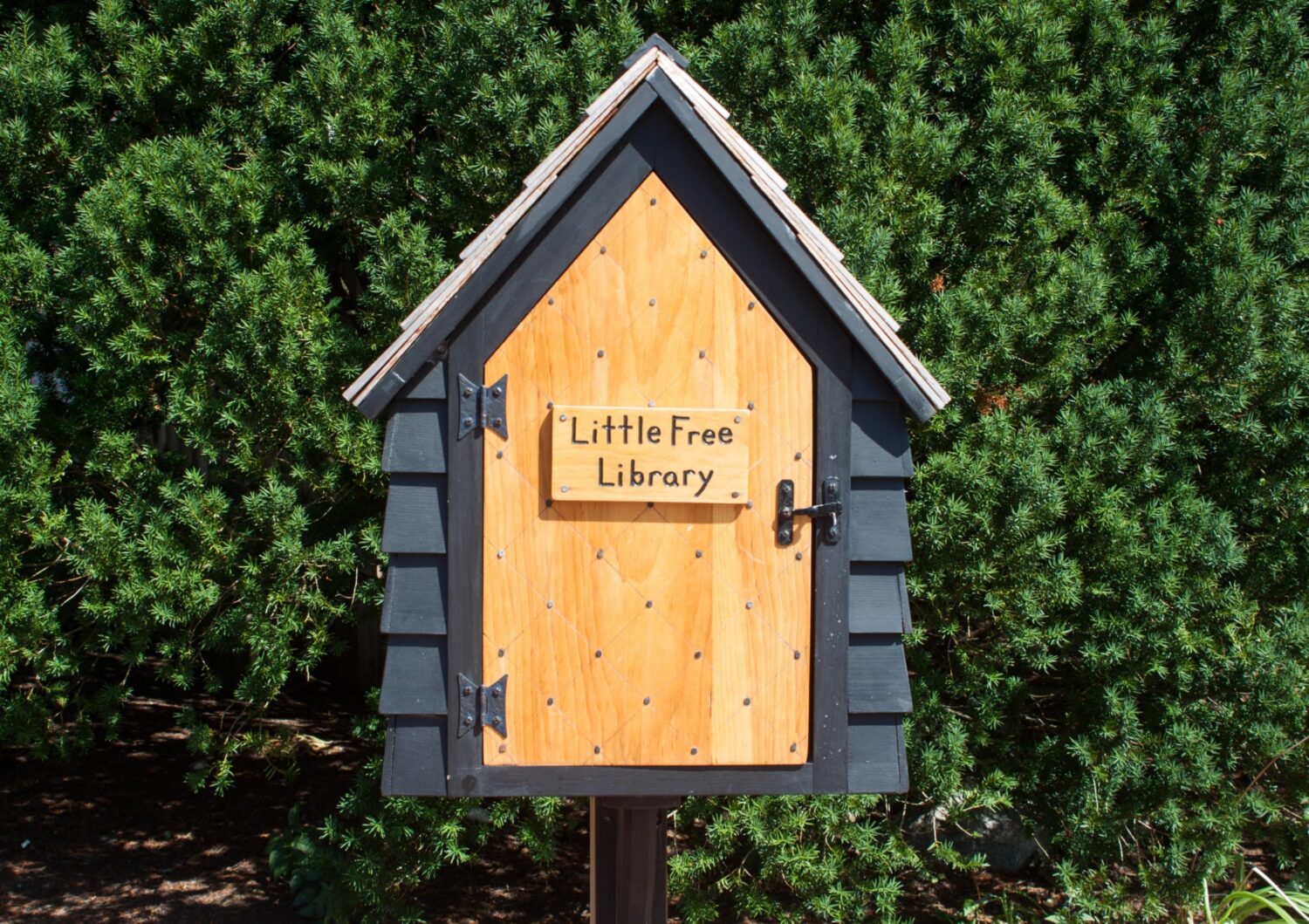 What is your Community’s Mark?

While all the world was tucked away to avoid spreading illness during the pandemic, a few neighborhoods built new traditions to connect across the divide. Others had more time and expanded on their already well-established traditions. These creative, neighborhood signature-projects are notable for meeting local needs and spreading joy, but along the way as neighbors connect to string lights or clean paths, they also build a sense of cohesion. Taken together, these efforts are instructive in how to infuse energy to any neighborhood and build a sense of belonging.

Holiday lights got a boost across the US as it felt like one of the few ways to connect with neighbors in other homes during the pandemic. Numerous news articles captured the elaborate displays that many neighborhoods put up to bring joy to others. The East Bay Express wrote about Brentwood, CA where more than 100 homes in the Deer Ridge’s La Costa and Torrey Pines areas made Tunnels of Joy—PVC tunnels of lights. The New York Times captured stories across the country about how more elaborate holiday light displays were a way to reach out—some writing messages to neighbors, like “Together Apart.”

Most heart-warming, one Baltimore County neighborhood, Matt Riggs stretched a string of holiday lights, across the road to the home of a neighbor who was struggling with a recent death and some mental-health issues. Other neighbors were moved by the gesture and did the same, until their whole street was alight with symbolic connections to her.

Echoes Across the Space Between Us

Whether your home is a high-rise apartment or a free-standing farm, the spaces between the little boxes where we live were often vacant through the pandemic lockdowns. But at dusk, across the world, many neighborhoods couldn’t resist reaching out.

We know houses in the forest were originally made of wood. Houses in the desert are made of adobe. Each locality builds with the raw materials at their disposal. So, in one Arizona neighborhood, a musician named Paul Nies reached out to his neighbors with the wail of his bagpipes at sunset. ‘Nies said he decided to play the music because he wants “to give people hope and signal we survived another day and will survive many more,” the television station reported.’ He used what he had.

In our wooded, Northern California neighborhood, on the wildlife-urban-interface, we howled like a pack of coyotes at six PM, confusing more than a few dogs, who sometimes joined in. Italy endured some of the harshest lockdowns, when there were months that people were not allowed to leave their homes. There, the town of Siena popularized operatic singing from open windows to cheer their neighbors. Time Magazine published that Spain and Portugal followed Italy’s example, singing ballads and traditional songs as well as popular, modern ones. Sometimes people sang songs with lyrics that implored people to stay home.

Started in Hudson, Wisconsin, Todd H. Bol built the first Little Free Library in 2009, as a tribute to his mother who had passed away recently. Today, more than 120 million books have been shared worldwide through Little Free Libraries, and equally important, 72 percent of the “Volunteer Stewards” of these tiny vaults say they have met more neighbors because of their Little Libraries. A book is a story or a bunch of ideas. What better way to start a conversation with neighbors than to have an impromptu book club meeting in the street out front!

Inspired by these prolific book exchanges, Jessica McClard, started a free pantry from her church lawn in Fayetteville, AR. “I was thinking about the little free library concept,” she said. “It’s not so much about the books. It’s about recreating a space for neighborliness, and I wondered if it could be used in another way.” The pantry is a simple idea: a small wooden box with a glass door sits in a public location and gets filled with food, for anyone who might be hungry. She estimates that her Free Little Pantry has grown to 500-1000 sites internationally!

In Paul Hawkins’ book, Drawdown, a collection of essays on the most impactful ways to combat climate change, highlights the massive potential to protect the environment by reducing food-waste. In San Francisco’s Mission, a group of neighbors is taking unused food that would likely be wasted otherwise and distributing it to those in need. It’s a pop-up Free Farm Stand that has no marketing, but serves anyone who finds them. Before this effort, Food Not Bombs fed San Francisco’s hungry wherever they could since the 1980’s. Food-activism has a long and storied history, and has the potential to build connections, both in organizing and sharing and nourishing our communities.

Several people in our Joinable community live in a small, Northern California town. One neighborhood there takes a walk together, twice a year. It’s such a simple gesture, but even through the pandemic, it was something people felt safe doing.

The neighborhood is made of a few parallel streets that twine their way up Mount Tamalpais, the twentieth-largest mountain in California. Small groups meet at 9:30AM on two designated days/year at cross-streets. Then, in small, chatty pods, they wend their way up the hill to a place called “The Rock,” where the road dead-ends. One family drives some treats and coffee up ahead of time, so the hikers, young and old get a reward when they arrive.

This tradition has persisted for decades, through times when wild-fires threatened, economic hard times, the passing of neighborhood leaders and now a pandemic. Sometimes the simpler the plan, the easier it is to execute and continue.

Some neighborhoods use community beautification efforts as a way to get people together. Mill Valley, CA has over three-hundred SLP’s. “Steps, Lanes and Paths” is a municipal designation for community-maintained throughfares or easements between houses, up hills and through neighborhoods, where the steep terrain makes foot-pathways more efficient than roads for commuting at times. Plus, it’s charming! Meandering paths wend past redwood groves, bubbly creeks, vistas and between neighborhoods. We are pretty sure “over the river and through the woods” was coined in Mill Valley. And all of those walk-ways are managed by Friends of Mill Valley Steps Lanes and Paths. That means ideally each neighborhood with a passageway organizes an annual maintenance day. That can mean lifting heavy buckets full of crushed granite, weeding, removing trash, and stabilizing handrails, among other tasks. A couple of our Joinable staff cleaned up their local SLP recently, a 147-stairway between two neighborhoods. Our team worked for two hours with a group of fifteen volunteers. While there, we heard stories of the hearty neighbors who founded the SLP and developed it over ten years. A student and former teacher reconnected. Age of volunteers ranged from under ten to over 80. Tools were passed up and down the staircase. Sometimes, getting agreement and resources takes time and patience, but the path links our library and playground to our home by walking, so we think it’s worth it. And we are pretty sure the whole team got their “steps” that day!

When the Bonton area of South Dallas couldn’t lure a grocery store due to high rates of crime, racism, and poverty, some enterprising local people determined that a farm might do the trick. On the way to three square meals for all, the area built a sense of purpose and community through the development of a farm. The effort went from a garden in a back yard and chickens in the alley, to an array of vegetables, chickens, goats, and honey bees on an acre and a half in Bonton to the donation of 40 acres and Bonton Farms-branded provisions. And along the way, Bonton built the capacity of their citizens to contribute to the farm and have consistent, food-security.